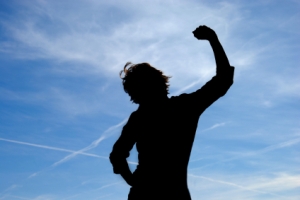 Always do the thing you fear the most.
Courage is an acquired taste
like caviar.

A week ago now I started questioning what it is that I am doing in my life….in the world.  This inquiry came about as I watched a snippet from a film on the Pink Saris in India and what they are doing to stand up for young girls and women in their country, villages, and homes.

I remember feeling bereft as I watched a very young beautiful girl being questioned by one of the Pink Sari women as to why she was so sad.  Her answer was – “I just want to die”.  Her wish to die was precipitated by being wedded at a very young age to an older man who was filmed asking “why does she keep running away?”.  The Pink Sari woman’s answer was “you keep raping her”.

So many women and girls are faced with atrocities every day all over the world.  They are not valued for the amazing beings that they are.  Deeper than that is the paradigm that has brought about this inequity, violence, and disregard for the wisdom, vulnerability, compassion, empathy, intuition, balance, emotion, and relational abilities of what Eve Ensler calls the “girl cell” in all of us -women and men.

A year ago now I sponsored a woman in the Democratic Republic of the Congo and was able by my small donation each month to put this woman through a year long program to empower her within herself, to give her skills to be financially independent, and to have a support system around her to help her continue on amidst a country that has been in violent war for 12 years.

Now I want to do more.

What can each of us as women/men and girls/boys do to shift this old patriarchal system that has caused our very Earth to be in severe jeopardy?  A system that male and female cannot thrive within.

I invite each of you to view the entire video below, a TED talk by Eve Ensler in 2009 given while she was in India.

I invite each of you to find a passionate way in your own life to shift the “training” that has caused us to lose ourselves.  As Eve said, “Being a girl is so powerful that we have had to train everyone not to be a girl.”

“In this passionate talk, Eve Ensler declares that there is a girl cell in us all — a cell that we have all been taught to suppress. She tells heartfelt stories of girls around the world who have overcome shocking adversity and violence to reveal the astonishing strength of being a girl.”


OTHER BLOGS BY GAYE ABBOTT:

Be The Change, Empowerment, Finding Your Voice